The Economist Intelligence Unit on March 6 released its Women’s Economic Opportunity Index 2012, which measures women’s economic advancement in the formal sector. From among countries within the Americas, Canada ranked the highest at number nine and Uruguay came in at 39, while Bolivia fared the worst at 92 globally.Although Latin American women have made inroads at the highest levels of government— female presidents are today leading Brazil, Argentina and Costa Rica—they have lagged behind men in terms of leadership of the formal economy, according to the EIU. Which Latin American countries offer the best and worst environments for women to succeed economically? Will female presidents help foster better economic opportunities for women? How successful are Latin American women in other branches of government, such as the judiciary?

Lidia Heller, founding member of the Latin American Network of Women in Management:

«According to data from the International Labour Organization, the rate of female labor force participation in Latin America rose from just over 30 percent in 1990 to 54 percent today. From the standpoint of equality, Latin American societies were simply not prepared to adequately deal with the massive influx of women into the labor market. For example, more educated women are entering the labor market but are still being underutilized and the ‘double workday’ prevents them from exploiting new opportunities in the paid labor market. Public policies have not addressed the new needs that have arisen from this phenomenon, and there hasn’t been a redistribution of domestic work between men and women at home.

The organization of work and life in society continues to be based on a family model where there is a woman dedicated exclusively to reproductive functions and a male breadwinner. It’s very difficult to estbalih which countries in the region offer the best environments for women from the economic point of view. According to recent studies, we could say that Peru and Chile offer better opportunities and Panama and Colombia have environments more favorable for women who aspire to the highest levels of corporate work. Having women presidents has not yet translated into better economic opportunities for women. However, the strong growth and vitality of the women’s movement in the region is truly shocking.

The movement is enabling the emergente of networks and partnerships between women to encourage and support productive development in different sectors. These partnerships are making it easier for women to understand the complex requirements of starting a business— bureaucratic procedures and crédito access, for example. In addition, these networks help expand the minds of entrepreneurial women to see more posibilitéis for their contributions to the business world, and promote social commitment and effective leadership. In other branches of government, such as the judiciary, women are the majority in law, but they don’t occupy a significant number of senior positions.»

Louise Cord, sector manager of the poverty reduction and gender group in the Latin America and Caribbean region at the World Bank:

«While there is significant variation in the performance of Latin American countries on the Women’s Economic Opportunity Index, overall they score in the middle, falling between 39th and 92nd place out of 128 nations. Bolivia, Mexico, Uruguay and Costa Rica showed some of the largest gains since 2010. The index integrates performance on all three dimensions of gender equality— assets, opportunities and empowerment or agency—implicitly acknowledging their interdependence and the need for sustained progress in all areas. There have been gains in equality of endowments (education and health outcomes) and in the development of a gender-equal legislative and regulatory framework.

However, there have been mixed results in translating this progress in rights and capabilities into greater equality of opportunities for women. On the one hand, there has been a sustained increase in female labor force participation and the controlled wage gap has been closing.

However, the largest challenge is understanding how to enable women’s agency, defined as women’s ability to make their own decisions and shape their future. Agency is the third dimension of gender equality in the World Bank’s World Development Report 2012 and is important in its own right, but also as a catalyst to promote gender equality and economic development more broadly. While difficult to measure, some of the manifestations of the challenges in Latin America are the relatively low number of women in parliament, high rates of gender-based violence and high rates of teen pregnancy— all of which suggest significant hurdles for women, including their ability to take full advantage of the region’s growing economic opportunities. Some of the concrete steps that can be taken to tackle issues of agency include supporting flexible working conditions and helping women with their care responsibilities, expanding women’s ability to work in nontraditional and high-growth sectors through vocational training, expanding female networks and addressing issues related to teen pregnancy and genderbased violence.» 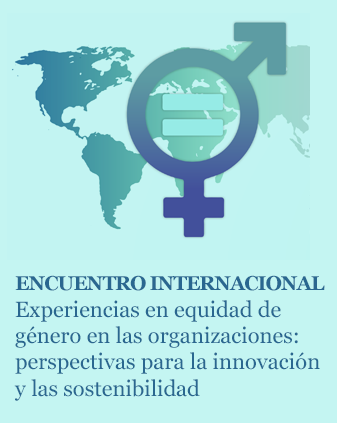